“AN EDITOR WHO STAYS ON HIS STORIES FOREVER”

“THE GUY WHO DID WHAT THE MAINSTREAM MEDIA COULDN’T DO”

“THE BEST NEWSMAN I’VE EVER COME ACROSS”

“My dream was to be part of the era from The Front Page, when guys wore press cards in their hats and did all sorts of crazy stuff to their competitors, when journalism was larger than life.”

A Pulitzer Prize nominee and Huffington Post “Game Changer” award winner for his “shoe-leather reporting,” Barry Levine is a veteran investigative reporter and editor in print and television with 40 years of experience in the journalism world.

Levine, who lives in New York, is out with his second book — “The Spider: Inside the Criminal Web of Jeffrey Epstein and Ghislaine Maxwell.” Crown/Penguin Random House scheduled publication of the bombshell investigative work for October 20, 2020.

With co-author Monique El-Faizy, Levine brought out his first book, “All the President’s Women: Donald Trump and the Making of a Predator” in 2019. Hachette published the headline-making book, which was featured in the Washington Post, the Guardian, Library Journal, Esquire, the Daily Beast, the Daily Mail and the Huffington Post. TV coverage ranged from NBC to the syndicated show Extra.

In addition to its publication in North America, ATPW, an Amazon “Best Seller,” has been reprinted in both England and France and has been optioned by Vice Studios for a film documentary with two-time Academy Award winner documentary filmmaker Barbara Kopple attached to the project.

Levine, a specialist in breaking the big story and creating must-see and must-read exclusives as one of the industry’s leading content providers, turned to books to combine his love for storytelling with investigative reporting.

His last role before launching his own book brand, Scoop King Press Inc., was a stop in digital media. Embracing the real-time news cycle, Levine spent a year as homepage editor at the news and entertainment website heavy.com.

Before then, in 2016, Levine finished out 17 years as Executive Editor/Director of News at The National Enquirer, where he had the distinction of breaking two of the world’s biggest stories — the scandals of presidential candidate John Edwards and sports superstar Tiger Woods.

The Edwards story resulted in the Pulitzer nom and in citing him as one of her 2010 “Game Changers,” Arianna Huffington wrote: “Barry changed the game by making the most unexpected case for the value of show-leather reporting.”

In the media category for innovators, visionaries and leaders, Levine was named alongside Christiane Amanpour of CNN, Paul Steiger of ProPublica, the women of The View, Matt Taibbi, Gayle King and Guardian editor Alan Rusbridger.

Levine led the reporting team on the Edwards story, which resulted in the U.S. Government bringing criminal charges against the disgraced presidential candidate over the use of campaign funds to hide his extramarital affair and paternity of a child.

The prestigious Columbia University Journalism School in New York even asked Levine lecture to its students.

And Levine returned to Temple University in Philadelphia, where he had edited the student newspaper and earned his Journalism degree in 1981, to be inducted into the university’s “Galley of Success” in 2009. (As editor-in-chief of the daily Temple News, he led the paper to a Hearst award for coverage of the Three Mile Island nuclear accident in 1979.)

Levine directed the paper’s months-long 9/11 coverage, which took reporters around the world in the wake of the terror attacks. He oversaw numerous true crime and celebrity stories, including breaking the world exclusive that Katie Holmes was divorcing Tom Cruise two days before court papers were filed.

Tina Brown’s Talk magazine profiled Levine, citing “the guy who discovered Jesse Jackson’s Love Child is digging for dirt in the capital — and finding his scoops recycled on the front page of the New York Times.”

Featured in numerous broadcast documentaries on the Kennedys, Marilyn and Elvis, Levine hosted a morning talk gossip show for ABC Radio Network based out of its headquarters at Good Morning America in Times Square.

During his 1999-2016 run at The Enquirer, Levine was also called on from time to time to serve as editor-in-chief at The Enquirer and Star Magazine; he served as Executive Producer for an Enquirer reality TV series pilot with CBS Television and also served as a producer for the Enquirer “Untold Story” docs series with Reelz TV.

At the request of the New York Times, Levine wrote a Sunday op-ed piece on the death of legendary screen star Elizabeth Taylor, explaining how the beloved actress had inspired his mother like countless other women of their generation by overcoming numerous tragedies.

Levine moved into celebrity journalism as a globe-trotting reporter for News Corp.’s Star Magazine before being made its Los Angeles bureau chief. A frequent story subject — Oprah Winfrey — once asked Levine to come on her talk show. In front of a live audience at Universal Studios, Levine verbally sparred with Cher’s former boyfriend, Rob “the Bagel Boy” Camilletti, with Oprah separating the two.

At Star, Levine was the first American reporter into Buenos Aires to report exclusive details of Christina Onassis’ death, beating Paris Match and Reuters on their own turf; he also accompanied boxing champ Mike Tyson and actress Robin Givens to Moscow, Russia, and landed the exclusive interview leading to their divorce.

Levine led reporting teams on the Marlon Brando family murder story and the “World Series” earthquake in northern California; and wrote exclusive stories on Madonna and Michael Jackson that have been appeared in best-selling biographies.

In coverage of Elizabeth Taylor’s wedding to construction worker Larry Fortensky at Michael Jackson’s Neverland ranch, Levine directed a team in a military-style operation, using helicopters, an RV and a giant hot air balloon. Levine’s exclusives on Fortensky were reported in the Los Angeles Times and on A Current Affair TV, and his reporting team was featured on an NBC Nightly News segment with Tom Brokaw.

In a pop culture moment, Levine reported on A Current Affair that Fortensky’s blue-collar family had requested Kentucky Fried Chicken at the wedding reception, and seizing a promotional opportunity, KFC delivered truckloads of greasy chicken to the media for lunch on the day of the nuptials.

As for the celebrity wedding itself, Levine and a photographer were covering from a helicopter overhead. A shooting incident ensued when men on horseback fired at the chopper with buckshot and hit both Levine and the photog, Russell Turiak, through the open door.

Although their injuries were minor, the chopper could have crashed to the ground and the incident made international news from the front page of the London Daily Star to the Los Angeles Times.

After his years (1992-1998) at Star, Levine left print and Los Angeles to go to New York where he held managing editor titles in the heyday of “Tabloid TV” for the syndicated shows A Current Affair (Fox/Twentieth Television), American Journal (Inside Edition/King World) and Extra (Telepictures/Warner Bros. Television).

Levine oversaw the biggest pop culture, entertainment and news stories of the 90’s, including the death of Princess Diana and the scandals of Monica Lewinsky/Bill Clinton, Tonya Harding and Michael Jackson. Levine also ran reporting on more than 250 TV stories on the O.J. Simpson case.

Levine produced other exclusives, including an on-camera interview with Koresch’s mother while her son’s Waco, Texas, compound was burning to the ground live on TV; he beat competitors to the Susan Smith story; and obtained the exclusive Amy Fisher home videos, which made the front pages of both the New York Post and the New York Daily News.

From his hometown of Levittown, Pa., and then Temple University, Levine’s first years in journalism were focused on newspapers and sports writing.

As a college intern in the sports department at the Detroit Free Press, Levine’s love of boxing led him to report on fighter Thomas Hearns before he became a champion and Levine penned the first national magazine story about Hearns for Ring magazine.

Out of Temple, Levine’s first full-time job in the business was as an office assistant at the Associated Press in Philadelphia, working both the day and night desks. Levine helped cover the Pope’s visit to Philadelphia and the death of mob boss Angelo Bruno.

When Muhammad Ali took what turned out to be his last professional prize fight, against Trevor Berbick in the Bahamas, the sports editor of the wire service in New York, Bert Allen, asked Levine to cover the fight. Levine’s byline appeared on Reuters dispatches around the world, including the South China Morning Post.

Levine was sent by Philadelphia Daily News sports editor Mike Rathet to cover Hearns’ first championship fight — and Levine brought back an exclusive interview after Hearns won the welterweight title from Pipino Cuevas in Detroit. Levine sat at ringside with Daily News columnist Pete Dexter, who was covering Randall “Tex” Cobb, a Philadelphia fighter who was appearing on the undercard of the Hearns fight.

Levine’s first staff sports writing job was for the Syracuse (NY) Post Standard before moving to the Baltimore News-American, where he spent four years before Hearst folded the gritty afternoon paper in 1986.

In Baltimore, Levine broke the 1984 story of the NFL Colts’ “middle of the night secret move in a snowstorm” to Indianapolis by confirming the story with head coach Frank Kush early the next morning at the team’s training complex in Owings Mills, Md., before it was officially announced.

With other media being kept out of the facility, Levine literally had to “sneak in” to get the scoop and dictate the exclusive from a gas station pay phone before the News-American’s afternoon edition hit the streets. With minutes to spare on deadline, the paper was able to add Levine’s confirmation in a page one banner headline story.

In addition to covering boxing, the NFL, the World Series and the upstart United States Football League (USFL), Levine also did award-winning feature writing for the paper, including a front page piece on an eccentric horse walker who was killed at the racetrack, titled “Wally’s World.”

Levine spent a season covering the Philadelphia Eagles as an NFL beat writer for the Delaware County (Pa.) Times after leaving Baltimore and before heading to Los Angeles for Star.

Before becoming editor-in-chief of the Temple News, Levine’s reporting for the college paper took him to New York City on the then unsolved “Son of Sam” shootings in the summer of 1977.

Levine was extremely proud of the stories he filed on the “Son of Sam” from NYC, but was less pleased with the loud 70’s sports coat he wore to a press conference at a police precinct in Queens, N.Y.  — a fashion faux pas Levine is reminded of every time he looks at an old black and white photo showing him there. 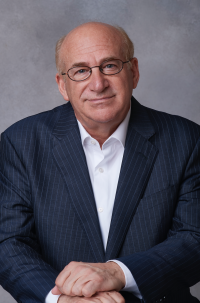 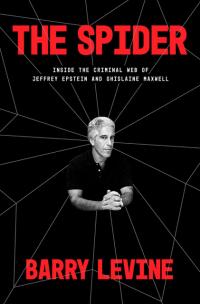